After a week of turkey, friends, and family, Giving Tuesday is a great opportunity to give back to those in need who may not have been able to celebrate the holiday in the same way. Many of us spend Black Friday and Cyber Monday fulfilling our needs and wants, and it’s nice to be able to extend at least part of that privilege to others. You can power major change through the simple act of giving. As part of the #PowerChange campaign, Eversource Energy has agreed to double every dollar donated this Giving Tuesday. That means that every gift – no matter how small – automatically becomes twice as much. Just $100 can provide a family with fuel for a month.

As temperatures in Massachusetts drop over the holiday months, the added cost of heat can push many already struggling families over the edge. When it comes down to a daily decision between putting food on the table and keeping the heat on, many households reach their breaking point. That’s why we established the Family Fund: to help families meet basic needs such as heating, food, and housing during trying times.

Last year, thanks to the support of our generous donors, we were able to provide emergency assistance to more than 1,800 struggling families. One such family was a mother and her two young children fleeing domestic violence. With no support and nowhere to go, they were living out of her car. Unable to find a shelter, they called Transition House, a United Way of Massachusetts Bay partner agency. Because of the support they had received from Family Fund, Transition House was able to house the family for two nights and help them find their next safe place to stay. But this story could have ended very differently. Every day, domestic violence shelters are overwhelmed by the sheer amount of need and many families end up staying longer than expected because they have nowhere else to go. Together, we can help change that.

Where Your GIVING TUESDAY Donations Go

In 2018, your donations went to work within 24 hours. Thanks to your support:

This year, your support will make an impact just as quickly.

Last year, we doubled our initial goal of $15,000, finishing the day at over $30,000. Including the match that Eversource provided, last Giving Tuesday resulted in in $60,000 of support. This year, we’re hoping to hit the same amount.

Join the movement. Giving Tuesday is December 3rd – from now until 11:59 PM that night, your donation will be doubled.

Thank you for your generous support. Tax Efficient Ways to Give in 2022 Double Your Impact with #ThePowerofUs This Giving Tuesday 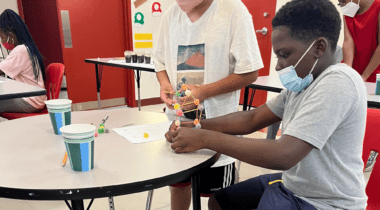 Making Credit Work for All Bostonians, One Safe Product at a Time Celebrating 80 Years of Partnership Between United Way and AFL-CIO